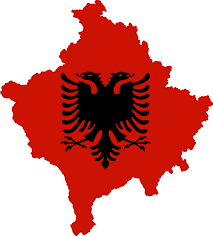 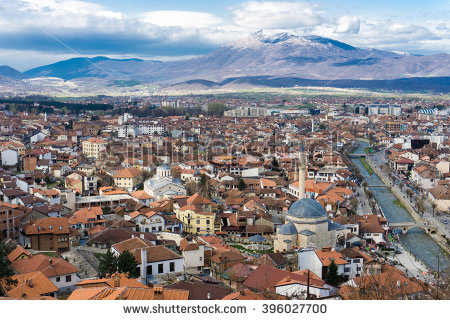 Defense Base Act cases in Kosovo  (see below in Albanian)

Scott Bloch has been representing many individuals in the Republic of Kosovo before the courts in the United States both under the DBA and in civil court cases.  He is proud to represent individuals from this country who have helped America in its causes abroad.  He has visited Kosovo in December of 2015 and met with many clients and conducted depositions.  Claims range from physical injuries to PTSD or diseases of the lungs or combinations of these. He has also represented widows of individuals who died in Afghanistan or Iraq. Individuals work overseas for the United States military in a variety of occupations including drivers, mechanics, construction, food services, MWR, environmental, and others.

Scott Bloch has championed the cause of contractors working abroad, bringing several class actions like the DBA class against contracting companies and is trying to change the way the do business to prevent abuses to contractors.  If you wish to fill out a questionnaire, go to DBA questionnaire – Albanian or in English here DBA Questionnaire-Intake – Enlgish.

The following testimonials come from existing clients in Kosovo, but they do not guarantee outcomes in your case, as each case is subject to its own facts, persons and proof:

I have to admit that if ti wasn’t for Mr. Bloch’s professionalism and dedication, my case would have been unresolved. I strongly recommend him to be your workers’ compensation lawyer. You will realize that you have elected a lawyer who does not just go to a mediation praying for God’s help only, he does both the prayers and HIS own job. He is the best!
Hired attorney
5.0 stars

Posted by Avni from Kosovo

I would like to express my gratitude to this gentleman. I have to be fair and admit that I contacted quite a few lawyers before I found Mr. Bloch, but he was the best. He does not seem to talk much but whatever he says is valuable. His work settled my case and enabled me to take care of my own treatment without financial difficulties. He is so transparent and informed me about each and every step. Please consider him and give him a chance to become your attorney and you will never regret.

He is the right attorney for your case. I strongly recommend him for your case. He brought my case into carrier’s attention and finally resolved it. He is so welcoming and hard-working. His work capacity and professionalism make him an established DBA lawyer.

Mr. Bloch took my case and promptly resolved it. He never failed, never missed any appointments, or anything. I must be thankful to him for the rest of my life for resolving my DBA case. Other attorneys did not even dare to take my case because they were saying that it is a complicated case. I realized they were not willing to spend much time and efforts in my case, but Mr. Bloch did well. He was my only hope, and finally made me realize that he must be listed as the best attorney. Thank you Mr. Bloch. Musli from Kosovo.

Mr. Bloch is “the man”, like they say. Please hire him for your DBA case because his extensive experience and professionalism will save your case and you. I was very content with the way he communicates things and how he always kept me updated about any steps that were being taken. I was so surprised to find out that this lawyer, who lives in the U.S. is able to hear every single word I said, analyze it, and then give me his best advice. I am definitely happy that my case is resolved, but I sort of feel sad that I may not be able to keep in touch with him. I strongly recommend this lawyer. Arben.

Mr. Bloch is the most helpful attorney. He is precise, calm, cooperative and very successful. I do thank God and then his family that created this person and I got the chance to enjoy his luminous success. He finally resolved my DBA case in a very successful manner. Please contact him if you want your case to be treated lawfully and successfully. Smalaj from Kosovo.

Bloch Meets with Mayor of Ferizaj:

He appeared internationally in the documentary “Fogotten Heroes” about the plight of contractors abroad who are injured and mistreated by the contracting companies and insurance companies.  See interviews here:

If you have a claim of injury, whether physical or psychological or both, please go the the questionnaire so that attorneys can assess your case and get back to you.  You have rights under U.S. law even though you are not a United States citizen.

If you are wanting help with problems relating to your own DBA case, fill out this questionnaire.

Filling out the questionnaire does not establish an attorney-client relationship.  Nothing herein is intended to provide legal advice.  Only if a person becomes a client of the law firm by signing a fee agreement will such a relationship be established.  Prior results do not guarantee future outcomes. Case results vary dramatically depending on specific facts and circumstances.  Examples of results in cases above do not guarantee any specific results in any other case.