April 25th, 2014 by Scott Bloch
“Post-traumatic stress disorder is real,” says attorney Scott Bloch, www.dcresultslawyers.com, a well known advocate for contractors who have been discarded after the wars.   “The explosions they experienced in Iraq or Afghanistan are nothing compared to the explosion in their lives and the lives of those close to them.”  Bloch describes a condition that is affecting tens of thousands of contractors who worked alongside the military, many of them undiagnosed. 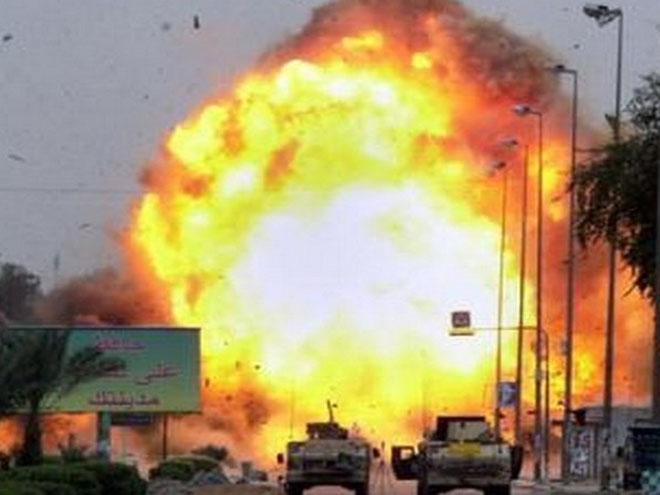 “I have at least 50 clients who have had serious combat exposure of death, major injury and near-death experiences, some over a 5-10 year period.  Some did not know they had it until I asked them a battery of questions and sent them to be assessed by qualified psychiatrists and psychologists. It is in the nature of PTSD and related conditions that they hide themselves from the person who has them. It is their coping mechanism run amok that lands them in the difficult grips of this psychological and physiological nightmare.  Anyone in the military will tell you, nobody comes back from combat without the scars.  PTSD or some of the residual trauma that is left over will haunt most who have seen combat all their days.   I don’t think people believe it because they don’t have to live with them.”

One of Scott Bloch’s clients, CJ Mercadante, has lived with PTSD and TBI for over 7 years since his injuries with Blackwater in Iraq.  He has been dealing with CNA ever since.  He says: “What the insurance company’s do is nothing short of harassing causing your condition to exacerbate as they did with me personally. CNA challenges every single issue which makes my care impossible at times.  Most medical physicians will drop the injured because they just don’t want to deal with the insurance company.  The key is knowing your rights and finding physicians that are not afraid to challenge the insurer.  The DBA system encourages the insurer to challenge everything as the lawyers and the insurer will be reimbursed by the government under the War Hazards Compensation Act with a 15% kicker ONLY if they challenge the claim.  If they don’t, they get nothing.    Understanding this, the result of this is devastating as they will delay, ignore and harass for this purpose.”

But those with the actual disorder are affected in a more fundamental way. PTSD and traumatic brain injury both alter the bio-chemistry and way of physically experiencing being alive, to exaggerated response of the endocrine system, hyper-adrenaline response, to high blood pressure, greater coronary disease, teeth falling out from carries or bruxism, destruction of personality and deterioration of the ability to be intimate emotionally and physically.  Not all of these are experienced by those with varying degrees of PTSD or TBI.  Some have adjustment disorders, some mere depression, some dissociative disorders to accompany the wild dreams and sleeplessness and strange personality changes.

“My clients are being systematically driven to the brink of death by the insurance carriers and their tormentors,” says Bloch.  “Fraud, lies to government officials, misplaced records, unpaid medical bills, ruination of credit, denials, pretend mistakes, cutting off benefits, fraudulent defense medical exams, all done with the idea of beating clients into submission, of getting them to want to take less than they are allotted by law – all designed to make them worse off than they were to show them the insurance company has a right to its money, the law be damned.  Many of my clients are like the damned in some twisted Inferno of the contractor’s and insurance company’s making.  They and their minions may think it is just business as usual, a way to keep their money – but they are actually eroding the fabric of American society, undermining the core of our laws and making a mockery of our involvement in defending the world from terrorism. Our society is going to be saddled with their problems, in the form of billions in care, for the thousands of contractors who essentially were military out of uniform for a decade, and still are fighting in Iraq and Afghanistan and elsewhere.”

Bloch has sued on behalf of over 2,000 people who have experienced mistreatment and indifference at the hands of contracting giants and their insurance billionaires.  “What has to happen is change in the law, the courts have to be willing to accept genuine cases of intentional wrongdoing that were never intended to be treated like piddling complaints of being annoyed or harassed by insurance companies in routine claims handling problems.  That is not what we have here.  In the name of being free of lawsuits, contracting companies like Blackwater, KBR/Halliburton, DynCorp, AECOM, AEGIS and others, along with insurance giants AIG, CNA and ACE, among others, have used this basic idea and overstepped the line by miles – essentially taking the ‘exclusive remedy’ doctrine of workers compensation as a license to kill.  Untold thousands of family members have had their lives turned upside down by the ruthless fraud of these companies.  They don’t care that they ruin the lives of small children, cause them to lose their homes, breakup of marriages, loss of any hope of a relationship with one of their parents.”

The class action is on appeal to the DC Circuit Court of Appeals and will be argued later in the year.  Joshua Gillelan, III, well known appellate advocate and DBA/Longshore expert of the National Longshore Workers Claimant Center is on the briefs for the contractors who have been harmed by these companies.    See copy of Appellant’s brief here: BrinkDCCir.ApptsBrRe-CorrectedFiled.