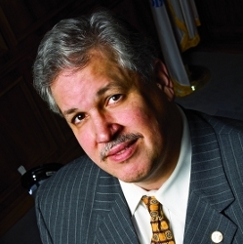 When what you need is results

You need a tough, ethical champion who has taken on large institutions and wins. At the law offices of Scott J. Bloch, PA, you will obtain representation from a tough advocate who has taken on big government and won, taken on big corporations and won, and helped his clients to realize their goals of obtaining justice and making a difference.

Like this recent case of the DC Circuit Court reversing the lower court, and permitting injured overseas workers to proceed with a civil suit against their employer for retaliatory discharge and breach of contract. See this Opinion of Court reversing state claims Sickle v Torres.

See this Brief to the U.S. Supreme Court As filed Cert Petition Brink et al. v Continental Ins et al., filed by Bloch and collaborators, challenging the regime of courts that allow abuses of workers by insurance companies and government contractors to continue.

Also read this piece Bloch on Scandal of Mistreatment of Veterans Fighting for America as Contractors, Bloch on aviation safety on national whistleblower issues by Bloch, addressing his role in overcoming odds, or this piece Washington Times Bloch Editorial on Hatch Act Report reflecting how he combated partisanship in national decision making.  He appeared internationally in the documentary “Fogotten Heroes” about the plight of contractors abroad who are injured and mistreated by the contracting companies and insurance companies.

Whether it involves federal agency or government contracting issues, consumer fraud, whistleblower disclosures, personal injury, or defense base injuries or contract disputes, you need an effective advocate with a proven record of achievement to combat the challenges to obtaining justice in an increasingly complex world.  With his collaborations with other accomplished attorneys, he brings national resources to achieving your goals.  He is representing individuals in the United States, United Kingdom, South Africa, Kosovo (see Kosovo DBA, see this link, dcresultslawyers.com/dba-kosovo-cases in English and Albanian), Macedonia, and elsewhere.

Here are some recent results.  These may not reflect the most current legal developments or rules, verdicts, results, or settlements, and they are not guaranteed to be correct, complete, or up-to-date. In addition, prior results in one case do not guarantee a similar outcome in another case.

With background in complex litigation and advising, as well as leadership in government, our lawyers can provide reasoned, rounded advice, and when you have to go the distance – they are super lawyers who win in catastrophic injury, class action, financial fraud, employment discrimination, unfair competition, trade secret and intellectual property matters, government investigations, whistleblower claims, and government contracts and contracts disputes.

Scott Bloch met with the Mayor, Agim Aliu, of Ferizaj, Kosovo, on a recent trip to the Balkans on May 13, 2019, where they discussed the relationship between the United States and Kosovo.  The Mayor thanked Scott for his dedication to helping the people there to achieve economic independence through his legal work.  The meeting was cordial and focused on the good that Bloch has been able to achieve for Kosovars who live in and around Ferizaj in getting their benefits under the Defense Base Act and providing many families with what they need to survive, and boosting the local economy in the process.  The mayor expressed that he was impressed with the level of commitment Bloch had shown to the citizens of Kosovo over many years in providing individuals and families with hope.  You may read more here:

Message to Clients Regarding Improper Inducements from Attorneys or Translators

See Scott Bloch giving speeches in Taiwan to groups concerned about the legal status of Taiwan as a nation, and its relationship to the United States.  Bloch spoke in Taiwan in a number of venues about the place of the whistleblower who delivers an unpopular message of corruption, abuse of power and illegal treatment of citizens and workers.  These are problems that people around the world are looking to the United States and its laws for guidance to remedy their internal problems.

See Scott Bloch on recent television program on the plight of contractors in Iraq.  Watch the segment here, linked in from defense base act blog:

ADMITTED IN DISTRICT OF COLUMBIA, CALIFORNIA, AND KANSAS ONLY

The information on this website is presented for informational purposes only, and no legal or other professional advice or service is being rendered.  You should consult a licensed attorney if you have a specific situation requiring legal advice.  Prior results do not guarantee future outcomes. Case results vary dramatically depending on specific facts and circumstances.  Examples of results in cases above do not guarantee any specific results in any other case.