Bloch appears in Press on Plight of “Disposable Army” 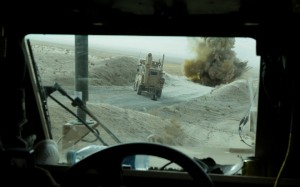 Scott Bloch was quoted extensively in an article in the Post Courier, “Injured in Iraq, Terry Caulder fights for fairness as member of ‘disposable army’” by writer Jeff Hartsell.  After describing the harrowing injuries to several individuals, Hartsell quotes Bloch on the mountain of obstacles they face in the DBA system:

“These are people who were working alongside the military, and many of them were decorated military heroes,” said Washington attorney Scott J. Bloch, who is representing Biddle and others in the suit. “They were treated as part of the American enterprise over there, and were excited to be able to contribute, whether they were driving a truck or doing security or cooking meals.

“But once they were injured, they faced a mountain of obstacles put up by the contracting companies and the insurance companies, who were paid handsomely to take care of their disabilities and medical expenses.”

“They end up facing a very hostile regimen of mistreatment …,” the attorney said. “There’s a whole class of people whose lives were destroyed, who lost homes and property. And this stress and difficulty was visited not just on the contractors themselves, but their families as well.”

Said Bloch, “I compare it to a prison sentence. For many, it’s the second injury and maybe the worst injury, to be put into this system.